Thousands of job shops have transformed into highly cost-efficient operations without making changes to existing equipment and infrastructure -- allowing them to compete globally. Here's how they did it.

Manufacturers in North America must balance a multitude of issues to stay profitable. Increased competition from overseas manufacturing and the reduced availability of qualified workers in the manufacturing trades are just a couple of the key issues challenging the wits of manufacturing executives today. Equally important is the struggle to shift into a new era of production -- from high-volume, low-mix work, to an increasing growth of low-volume, high-mix short-run projects coupled with just-in-time ordering -- which has placed high demands on all aspects of manufacturing. 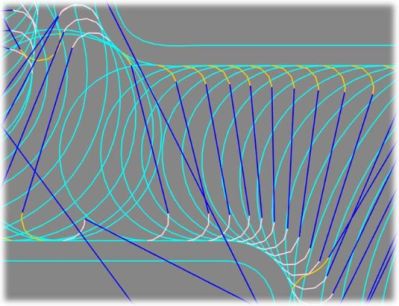 Because of this increased level of change and instability in the manufacturing sector, the costs of traditional growth initiatives -- such as adding floor space, capital equipment, personnel and overhead -- present more of a significant risk today than in early times when the manufacturing environment was more stable and predictable. It is the job of operation's management to assess these factors relating to the process of transforming resources into goods and services.

Capacity, and the Underutilization of Existing Machining Resources

Central to this is assessing production capacity -- the maximum number of goods that can be produced over a given period under normal working conditions is the one barrier that every manufacturing business faces.

Capacity decisions affect production lead time, operating costs and the company's ability to compete. Inadequate capacity can lead to the loss of customers and business. Excess capacity can drain the company's resources and prevent investments into more productive ventures. The question of when capacity should be increased, and by how much, is the critical decision. Failure to make capacity decisions correctly can be damaging to the company's overall performance, particularly when time delays are present in the manufacturing process. 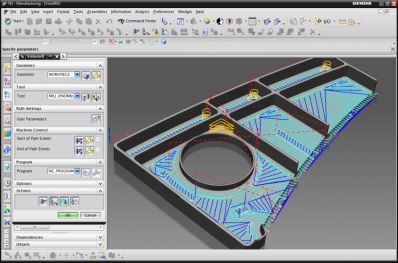 VoluMill is perfect for the airframe, automotive, mold & die, medical, machinery component, and consumer-products markets, for all roughing needs on free-form or prismatic parts.

One key area of poor capacity planning within manufacturing is the failure to fully realize the capability of existing machining resources. Instead, for many plants and shops, the solution to increased capacity has been to add more equipment and workers, and extend valuable floor space. But, the true production capacity of a machine tool is seldom fully realized by those responsible for assessing production volumes. This factor is so important that it can make or break the profitability of a shop. At the very center of this issue is the inefficiency of computer-aided manufacturing (CAM) toolpath generation, which plays a critical role in fully influencing machine production capacity.

CAM software permits companies to manufacture goods faster, more efficiently, and at a lower cost, by simplifying and streamlining the toolpath generation process. But even as CAM packages have continued to evolve over the past 40 years and expand their capability to process higher levels of throughput, they have done precious little to make more efficient toolpaths. Hence, a high level of inefficiency exists in conventional toolpath generation, despite the otherwise high-performance levels of modern CAM systems.

"Millions of manufacturers believe that the toolpaths native to their CAM systems are designed for optimum performance," said Gregory M. Saisselin, Vice President of Worldwide Sales for Celertitive Technologies, a leading developer of toolpath generation software. "But they are not. Productivity is lost because the toolpaths actually prevent the machine tools from operating at their full capability. In the vast majority of cases, they are running, at best, at 50 percent of their productivity potential."

VoluMill's constant material removal rates enable machine tools and cutting tools to operate under ideal milling conditions throughout, regardless of a part's shape or complexity.

Conventional toolpaths force a machine tool to drive a cutting tool along a path that repeatedly varies the material removal rate, with numerous requirements to start and stop, and with sharp directional changes. Machining loads become extremely high in such instances, yet make up a relatively small percentage of the overall toolpath length. But since milling parameters -- such as spindle speed, feed rate, cut depth and cut width -- must be set conservatively enough to allow the tool to survive these moments of brief, but intense tool load, it makes these parameters quite inefficient for machining the rest of the part. This results in unnecessarily long machining times, and significantly reduced productivity potential.

For many manufacturers, using more efficient toolpaths to drive their existing machining equipment has proven to be a much more cost-efficient and workable solution to managing the variables of order size and improving production throughput, compared to investing capital into new machinery and the labor requirements to support it. Groundbreaking toolpath technology has helped manufacturers reduce costs, produce more parts, and lower project bids, while utilizing their existing equipment and infrastructure.

This machine-efficiency transformation is being played out in thousands of manufacturing facilities in the United States and throughout the world. Spearheading this change is a science-based toolpath, called VoluMill™, developed by Celeritive Technologies, Inc. (Celeritive), for high-efficiency, rough-milling operations. 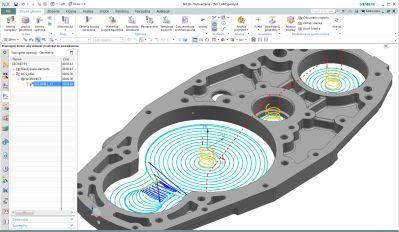 VoluMill is now more efficient when machining around islands, opening up new areas to be machined, and when cutting from the bottom up. Cycle time reductions can be significant in certain geometric configurations.

VoluMill is a true science-based toolpath technology that enables machine tools and cutting tools to operate at peak performance. It performs all of the complex calculations required to determine the best cutting strategy for any part. Its toolpaths drive cutting tools along a path that maintains a consistent tool load, has no sharp corners or sharp directional changes -- the toolpath is smooth and flowing with no repeated stopping and starting. VoluMill keeps a constant step-over whenever possible, resulting in shorter path lengths than other approaches. This produces even machining loads with uniform chip formation, and excellent heat evacuation.

By avoiding sharp directional changes and controlling the rate of material removal, the toolpath enables the tools to cut faster and deeper, while greatly reducing stress. The toolpath evens the loads on machine tools and cutting tools, significantly extending tool life.

"This toolpath solution increases the productivity for any two-axis, three-axis or two-plus-three-axis rough-milling application," continued Saisselin. "It dramatically reduces machine cycle times, enabling the production of more parts per hour. This means increased profitability and increased asset utilization for the shop."

Released in 2008, VoluMill has gained international acceptance within dozens of various manufacturing industries such as aerospace, automotive, medical equipment, heavy industrial, oil & gas, and consumer products. Many of the world's leading manufacturers have embraced this new technology, thereby eliminating the costs and risks of traditional growth initiatives like adding floor space, equipment, personnel and overhead. Manufacturers are improving machining performance from 50 to 300 percent without the need to make changes to existing equipment and infrastructure. 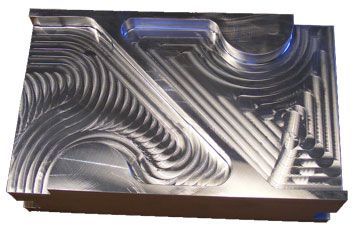 "One factor that has pushed the acceptance of this toolpath technology is its adaptability," explained Saisselin. "It can be used on any material, any machine, and in any industry. It is also CAM-system neutral. The toolpath solution can easily blend into any machining environment, without having to change CAM systems. This is a definite advantage for shops that would like to significantly improve their toolpath performance without complexity."

World renowned machine tool and cutting tool manufacturers not only approve of VoluMill, they use it for their own production. It is integrated into seven of the world's leading CAM systems, and consistently performs better than the native toolpaths.

"We use Siemens NX with the VoluMill plug-in," said Chuck Shannon, with General Tool Company in Cincinnati, Ohio. "Tool life is dramatically increased due to the reduced load and heat on the cutter. We obtain higher metal removal rates than traditional cutter paths."

Not all manufacturers are quick to accept this advanced toolpath technology, however. The biggest reservation is the initial disbelief that it could so significantly improve machining performance over their existing CAM systems.

"We were very skeptical of the time reduction and extended tool life," said Jake Kopveiler, with Performance Tool and Die in Detroit Lakes, Minnesota. "But after using it for a short time we were running at feeds ten times faster than before."

"The introduction and industry acceptance of VoluMill is nothing short of revolutionary," said Saisselin. "It has completely changed the way metal is cut. It throws out everything that has been done in the past, and has introduced a better system of toolpath generation."

Although toolpath generation is but a component within complicated CAM systems, it is a very critical one that plays a vital role in machining. The benefits of an intelligently engineered toolpath technology in use within a manufacturing facility can have extensive implications. Increased machine capacity means a greater volume of finished parts can be produced in less time, which provides for greater flexibility to meet just-in-time delivery schedules. Increased machine capacity also delivers higher profit margins for manufacturing centers. It enables more competitive bids to be placed, even for projects not considered financially viable previously.