As of September 2021, the former On Demand Manufacturing business unit of 3D systems is now doing business as an independent company known as Quickparts. 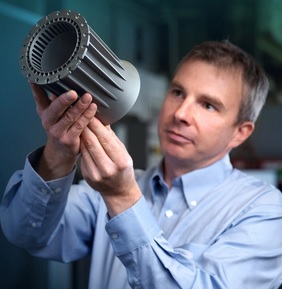 In line with its strategy of focusing on the development of 3D printing systems and associated printing materials, 3D Systems has sold its On Demand Manufacturing business unit to the US private equity company Trilantic.

This has created a highly effective and independent manufacturing services provider with around 300 employees and five state-of-the-art manufacturing facilities in Europe (Italy, France, UK) and the USA (at two locations).

Furthermore, Quickparts will continue working with a network of professional manufacturing partners around the globe, allowing them to offer customers a one stop shop solution for all their projects, wherever they are in the world. 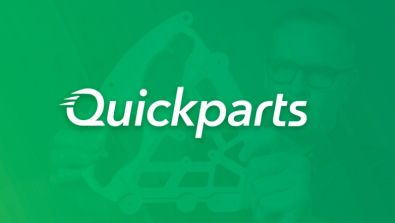 Ziad Abou, CEO of Quickparts and 3D printing industry expert since 1994: "We have benefited from the synergies of being a fully integrated 3D printing specialist and technology leader for ten years. As we see it, it is now the right time take our growth and development a step further, which we will accomplish together with our new owner Trilantic. We will invest primarily in digitization and in standardizing and improving the quality of 3D printing processes to further boost our competitive position."

When it comes to digitalization, Quickparts is already very well positioned as a pioneer of online quoting for 3D printing manufacturing. Users can simply upload their project online and request a firm quote. Subsequent communication also takes place via the platform or, if desired, with one of Quickparts' experts.

As it happens, finding a name for the new company was not so hard. 3D Systems' ODM business was originally created in 2011 by the acquisition of a U.S. company called Quickparts, which even back then offered its 3D printing services via an online platform. Ziad Abou: "We have more than 28 years of experience to build on and have always been closely involved and helped drive the development of 3D printing technology. We are now leveraging this know-how and focusing on increasing the customer base for our sophisticated prototyping and manufacturing services," added Abou.