For more than 40 years Classic Turning (Jackson, MI) has been producing precision machined components for a multitude of industries, including aerospace, medical, precision industrial, high performance automotive and military. Always striving for continuous improvement and the newest technology, the Michigan manufacturer recently turned to Eurotech to help them deliver high-quality parts at competitive rates.

A few years ago, Classic Turning decided it needed to find a new partner for its manufacturing equipment.

"It was time for us to upgrade our equipment, and we wanted to find a new provider. We were inundated with work, and we wanted to take our multi-process cells to multi-axis machines that could do the part in one operation," said Rick Meyer, Vice President of Manufacturing. 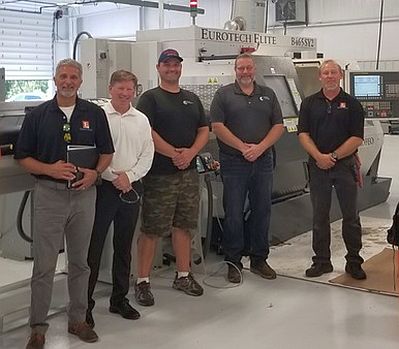 Rick continued, "It was important to us that we get it right the first time, so we did a ton of homework, researching the best solution for over nine months. After looking at many brands, Eurotech's multi-axis machines became a front runner. So, we reached out to our local Eurotech distributor, Merrifield Machinery Solutions, Inc."

"First, we answered all their questions. Then, Pat completed several time studies for them. I think, most importantly, we shared with them Eurotech's users' book that shows many case studies of real customers and their experiences with Eurotech. Next, we gave them numbers of local Eurotech customers so they could talk to them. Finally, we took them to meet a customer in Chicago," said Steve. 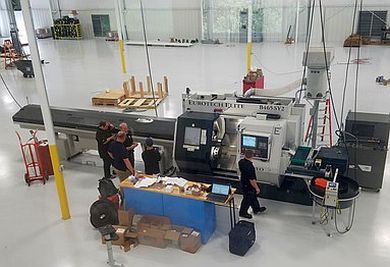 "Product support was important to us," Rick stated, "so the fact that the machine would be supported and serviced locally by Merrifield Machinery and we would have engineering support from Eurotech, as well as US-based parts supply, all were key factors in our decision," said Rick.

A large majority of the parts Classic Turning makes are for the aerospace industry, including connector fittings and valves. Each of these parts has one thing in common -- precision parts that require tight tolerances. Eurotech time studies showed they could make the parts in one operation up to three times faster depending on the components.

"Eurotech was a perfect fit for Classic Turning," said Roy Selway, VP of Eurotech. "We cater to a select group of business owners, and our goal is to grow with and help them achieve their goals. So, we were thrilled to have them join the Eurotech family. Their first order was for a Multipla B446 T3Y3 (triple turret) with TOP X-File bar feeders and all accessory items to run unattended." Roy continued, "It was not but two weeks later when they ordered another Multipla as well as the Trofeo (double turret) machines." 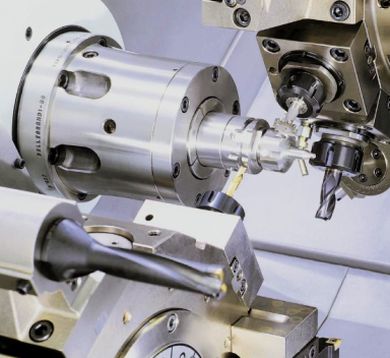 "We had just completed a new 25,000 square foot addition, and the three Eurotechs were the first machines installed," said Rick. "Shane Jacobson, Eurotech's Senior Field Engineer, was at our facility for a week. He installed and set up the machines, gave us training, and helped us launch our first part."

"Since the initial week of setup and training, Classic Turning has run 100% of its parts independently. Our operators very much like the controls of the machine. Our seasoned operators quickly adapted to the Eurotech machines and frequently say they are a breeze to operate. The learning curve was not nearly as steep as we had anticipated," stated Rick.

Some of the precision components produced by Classic Turning. 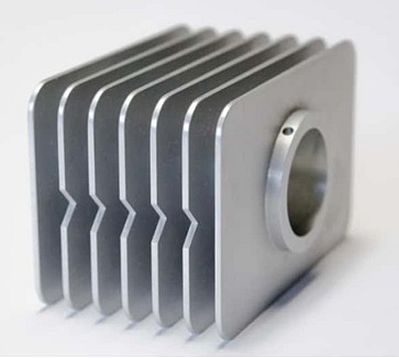 "The Multipla has been the most profitable machine in our entire business. It produces more profit than any machining cell in our facility," boasted Rick.

"Our engineers are working on the part and get three tools in-the-cut at all times. We are also running lights out, and this is where the extra productivity is coming in. At first, we planned on aluminum, and had not actually planned on running titanium. However, we're also now running titanium parts with the set up unmanned for multiple hours which we are thrilled about," Rick said happily.