Tim and Jason Winters, owners of TJ Grinding in Wisconsin, strongly believe their late father's philosophy -- when you find people in business who share your passion and honesty, you've found pure gold. That's what the brothers feel they've found in their machine supplier ANCA. And they say the Australian company is a big reason for their shop's long history of success. 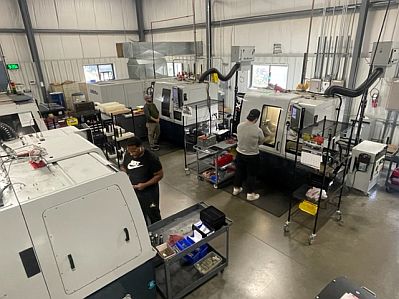 Shortly after Mike Winters started his company in his garage on November 10, 1982, first as Winters Carbide Tools, now TJ Grinding in Waukesha, Wisconsin, he had the good fortune of being at a K.O. Lee facility in South Dakota and saw an interesting piece of equipment, the FastGrind TG4 from an Australian company called ANCA. Shortly thereafter, Mike met a young man named Russell Riddiford, who was selling those machines. Winters bought his first machine from Russell in 1989, becoming only the third company in the U.S. to purchase an ANCA tool grinder.

The rest, as the saying goes, is history.

Though Mike left us in 2017, his sons Tim and Jason carry on the tradition of high-quality, short-run tool production, selling nationwide both directly to end users and through a network of distributors, some of them who started with Mike Winters and remain with TJ Grinding to this day. 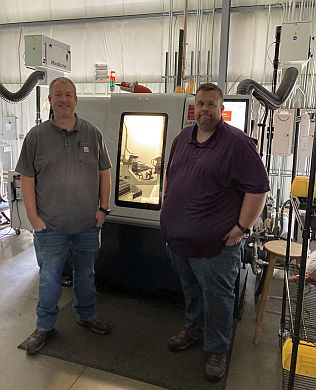 Tim (left) and Jason (right) Winters are co-owners of the company founded by their father Mike in 1982. A truly family affair, their mom Kim Winters is still involved in the business.

As Tim Winters explains, "You don't get to the point we've reached without three things -- a passion for what you do, the very best equipment available to do the work and, most importantly, the people to do it. That includes the people who represent your suppliers. When you find people who know their business, share your passion for it and always act in a straightforward, honest manner, you've found pure gold. You help their business and they help yours."

This simple yet often elusive formula has served both companies well, over the years. ANCA has grown to be a major player in the tool grinding, laser marking and integrated automation business for tool producers and users worldwide, while TJ Grinding has grown substantially and today supplies tools nationwide plus in Canada and Mexico. The company currently operates 10 ANCA tool grinders and credits the advanced 5-axis grinders with "changing the industry," as Tim Winters observes.

TJ Grinding specializes in short-run production of custom reamers, endmills, drills and burrs, with an emphasis, as Jason Winters remarks, "on the 'custom' part of that sentence." He notes that the ANCA software and CNC, both developed by the machine builder, "give us great flexibility and speed in our design work, working from ideas that often come our way in a variety of formats, including the cocktail napkin," he muses. 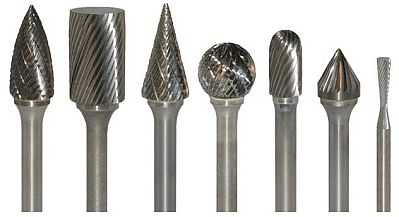 Tool design is done in-house. As Jason Winters notes, "We gravitate to the weird stuff."

"The flexibility and versatility of the ANCA machines allow us to do much more than ever and that's a testimony to their non-stop innovation," says Tim Winters. "The company never settles for their last accomplishment, they're always looking to do more and do it better for their customers, something we try very hard to do for ours."

On the training front, Tim Winters notes the machines are very intuitive, so the TJ Grinding workforce is easier to train and especially cross-train to run multiple machines. There are currently 15 employees at the shop but, as Tim points out, "We have 9 of our 10 ANCA machines running with robotics, so the production in the shop is designed to remain at a very high level. The company had started as a strictly manual job shop, sharpening mills and drills. 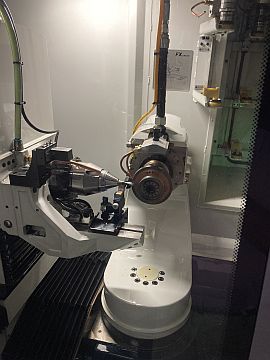 A tool being ground on an ANCA FX7 Linear machine at TJ Grinding in Waukesha, Wisconsin.

"We've come a long way down the road to automation and higher-level production," says Jason. "We look to solve some big challenges for our customers, another way my brother and I have fun in this business, every day."

TJ Grinding specializes in the short-run per print specials but today runs up to 1000 pieces quite often.

Here again, Tim Winters credits the speed and flexibility of the ANCA machines to keep the schedule of work at a consistently high level of production, with minimal downtime. Assisted by Sales Manager Mark Sauer and Sales Associate Paul Ferguson, himself a machinist by trade, TJ Grinding is a fast-paced, high-production facility in Waukesha, Wisconsin, home to myriad job shops and equipment builders in a variety of industries.

A sampling of the tools produced by TJ Grinding, including mills, drills, reamers and burrs.

"That's another fun part of the job here," says Tim. "We're rarely working in the same industry sector, so the variety of work and especially the material substrates we encounter challenge us, every day."

He further credits the onboard integrated robotics with changing the face of TJ Grinding. "I subscribe to the 'automate or die' philosophy, so our ANCA machines have kept pace with our expectations and often exceeded them. I'm frequently impressed with the next generation of machines and how much more they help us do here."

TJ Grinding works in various substrates to produce tools, including specialty coatings, so their products are used on all types of metals, as well as composites, specialty plastics, carbon fibers and more. One of the company's specialties is solid carbide rotary cutting tools, used in the orthopedic, orthodontic, catheterized and other surgical instrument markets. 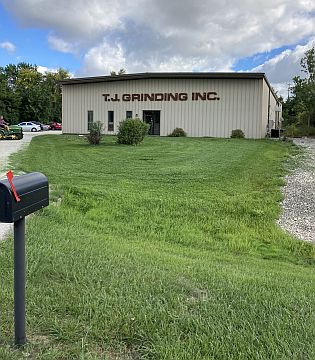 After Mike Winters passed away in 2017, his sons Tim and Jason took over the business and carried on the tradition of high-quality, short-run tool production.

The shop also produces such cutting tools for auto parts, engines, motorcycles, snowmobiles, pattern and moldmakers. Once made, these cutters are inspected using a variety of metrology equipment, from optical comparators to RAM optics and a laser micrometer. Additional measurements are frequently made to meet specific, necessary customer certification standards.

Specialty coatings are a frequent happening at this shop, including Titanium Aluminum Nitride (TiAIN) and Aluminum Chromium Nitride (ALCRN).