So What Is Actually In Those Olympic Medals, Anyway? 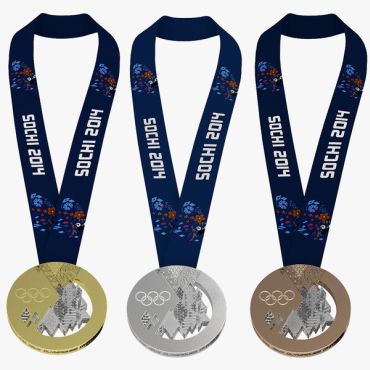 The National Olympic Committee (NOC) allows quite a lot of leeway in the production and design of Olympic medals, but there are some rules and regulations that they impose. Here are the rules for gold medals:

The gold medal has not always been the prize for winning an Olympic event. Back in the day -- way back in the day -- Olympic champions were crowned with wreaths of olive leaves following their victories. The prize is believed to have been introduced by Heracles as the award for winning the running race to honor the god Zeus. Fast-forward to the modern games, and the winners get medals for their efforts. At the first Olympic Games in Athens in 1896, top placers received silver medals since, at the time, silver was coveted more than gold. Second place competitors got copper medals. 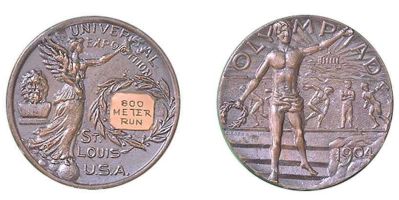 Gold medals were first introduced in 1904 at the St. Louis Games, although it wasn't until London hosted in 1908 that the medals were awarded in the order so familiar today. Even so, the famous medal ceremony usually involved pinning on the prize, rather than plunking it around winners' necks. At the 1960 Rome Games, the medals were affixed to chains; following that, ribbons were typically the standard.

Whether beribboned, chained or pinned, there's never been a set standard of what an Olympic medal should look like. Some design requirements have existed, true, but where composition is concerned, there has been a lot of variation over the years, plus differences in heft, size, shape or even material. In 1896, first-place athletes received medals that were not only silver, but 48 millimeters in diameter, 3.8 millimeters thick and weighed in at 47 grams. In Paris four years later, the medals were rectangular, 59 millimeters by 41 millimeters and weighed 53 grams. The next games, held in St. Louis, scaled things back a bit with a circular cookie cutter model that hit the scales at a mere 21 grams. Apart from those 1900 Paris Games, all athletes of the Summer Olympics have received round medals. The Winter Games have usually featured circular medals, too, although there have been some exceptions.