CAD Software Allows Tier 1 Auto Supplier to Alter Designs in 1 to 2 Hours, Rather Than Days

Auto and appliance prototype manufacturer, Auto Metal Craft, has discovered that SpaceClaim's CAD software is a cost-effective way to streamline the design process. In addition, the fixturing development process was reduced from 10 hours to 10 minutes.

Auto Metal Craft is a sheet metal prototyping company based in Detroit and engaged by many of the big automobile manufacturers, including Ford, GM, Chrysler and Nissan, as well as tier 1 auto suppliers and appliance manufacturers. 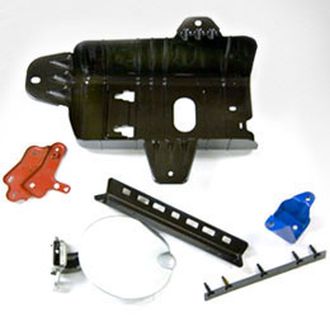 With over 50 years of experience, Auto Metal Craft has the experience to produce the most demanding prototype stampings and assemblies.

Working with a broad range of manufacturers, Auto Metal Craft regularly receives data files in CAD software including CATIA, Siemens NX, SolidWorks and Pro/ENGINEER. Dealing with converting these files took the Auto Metal Craft team significant time -- slowing down the design process -- in reading the data before they started to create prototypes. 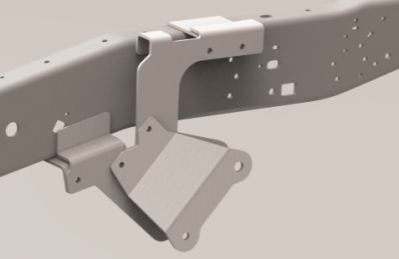 Auto Metal Craft typically has 20 customers and 80 projects going on in sheet metal, stamping and assembly fabrication for clients around the globe. The complexity of these projects combined with the issues in converting the data affected the company's ability to take on more work.

The company's philosophy has always been to maintain a technical edge and to provide the highest levels of customer service. They knew there had to be a better way to deal with diverse data forms and streamline the design processes.

Saving Time to Convert and Design Easily and Quickly

Originally, Auto Metal Craft engineers were looking for a product to streamline the business and, specifically, a solution to create after-market prototype parts. When they discovered SpaceClaim, they realized they had found a software product to address many of the design issues, and do it cost effectively and easily. 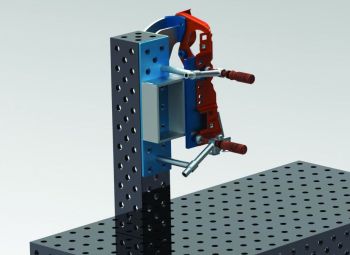 SpaceClaim allows for quick add-on of modular fixture design in minutes instead of hours.

SpaceClaim opens customer CAD files easily, enabling Auto Metal Craft to seamlessly move into prototype design. This time saving is critical as often the assemblies are very complex -- an automobile instrument panel can have 50 parts and a recent assembly for a major appliance manufacturer contained over 100 resistance welds.

"SpaceClaim is easy and flexible. The software does everything we need it to do. It's so cost effective it's almost too good to be true," said Kevin Woody, Co-Owner of Auto Metal Craft.

Prototype stamping die forming has to be done quickly. With SpaceClaim, they can alter designs easily rather than starting from scratch. Tasks that used to take days now take one to two hours. 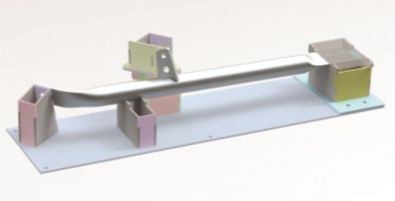 Also, communication with customers has been vastly improved. Working with many customers who are out of state or international can be a challenge. By sending the Auto Metal Craft designs in SpaceClaim, customers easily understand what is intended without wasting time or incurring errors. When the company had tried sharing designs with customers in traditional CAD software it was "a nightmare because of the number of steps involved."

Kevin and his team have found that SpaceClaim has enabled them to be more creative, and provided a real feel for the prototype they are designing.

"An analogy would be how much CAD improved drafting by hand and now the next big advance is SpaceClaim. I can just cut it up and make a fast model," said Woody. 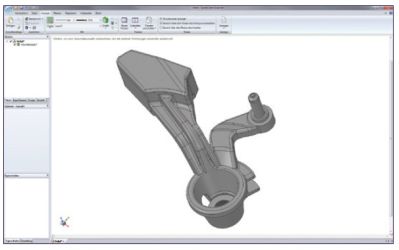 The SpaceClaim 3D direct modeller is intended to enable users to quickly and easily repair and alter designs and prepare them for further operations.

Fixturing is another significant part of the prototype development process and with SpaceClaim they can open the CAD files and easily develop fixture around them. With other software it took up to 10 hours, with SpaceClaim 10 minutes.

"SpaceClaim is really a hands-on tool for us to make prototypes," added Woody. "Rather than being bogged down with CAD file conversions and complexity, we can work quickly, creatively and easily to ensure our customers receive designs that optimize their automotive or appliance products. With SpaceClaim, you just pull, move, fill and combine and you're done.