Universal Robots' two popular robot arm models -- the UR5 and UR10 -- are becoming a more and more viable option for smaller manufacturers. The ease of use along with the collaborative feature enabling them to work right alongside employees have proved to be the two unique selling points taking the robot arms from the early adopter stage into the mainstream. 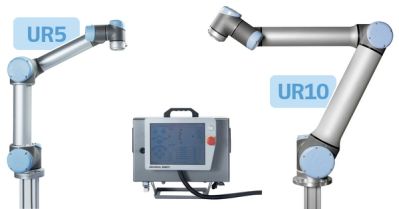 "Our distributors are reporting strong sales and have been able to penetrate a wide variety of industries in the Metropolitan/Mid-Atlantic markets. I'm excited to meet even more potential end users at ATX, where attendees will be able to program our robots directly at the booth."

Regional distributors will also be present at the Universal Robots booth #2757 to demo the robot arms' usability and performance. One of them is Todd Clark, president of Axis New England:

"Before, it would be a real challenge for a smaller manufacturing company to deploy automation due to the cost and complexity associated with traditional robots. Universal Robots are easy to integrate into production and can operate with no safety guarding while the intuitive programming eliminates the need for senior level control engineers. This has now opened the door to the small- and medium sized business segment," says Clark, who has conducted several well-attended seminars to educate end users on the new generation of collaborative robots. 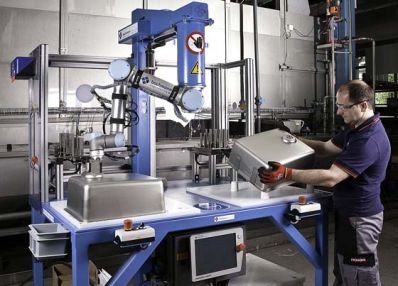 Inertia Switch in Orangeburg, New York, recently bought a UR5 robot from Axis Inc. equipped with a Robotiq 2-Finger Adaptive Gripper-85 for machine tending with a CNC Lathe.

"We manufacture a lot of switch sizes and need to be highly flexible in production. The UR5 is easy to re-program and move around the production floor. We now have people programming it that have had no previous experience with robots. I have so many applications for this robot I honestly don't know where to use it first," says Brian DiGirolamo, Chief Engineer and Owner of Inertia Switch.

The UR robots are a result of many years of intensive research in robotics. The product portfolio includes the UR5 and UR10 models that handle payloads of up to 11.3 lbs. and 22.6 lbs. respectively. The six-axis robot arms weigh as little as 40 lbs. with reach capabilities of up to 51 inches. Repeatability of ± .004" allows quick precision handling of even microscopically small parts.

If the robots come into contact with an employee, the built-in force control limits the forces at contact and does not cause bodily harm, adhering to the current safety requirements on force and torque limitations. The collaborative robots can quickly be moved around the production sites and are easily integrated in all industries -- from the small machine shop to the large auto assembly line.

Watch the robot in action