OEE -- Does it Require Machine Integration, Machine Monitoring, Both or Neither?

Job shops looking to improve performance and implement lean manufacturing practices need to know how to measure their Overall Equipment Effectiveness (OEE). Here are the 3 key areas to look at when obtaining real-time and real-effective OEE measurements.

Overall Equipment Effectiveness (OEE) measures the performance of your factory floor assets against the most optimum production process possible. This effectiveness measure is a percent derived from three underlying and important sub-measurements that need to be captured at the machine and part level. These three measurements include: Availability, Quality, and Performance. 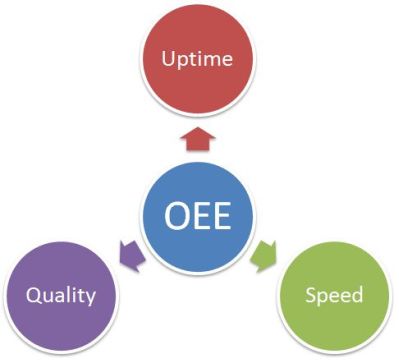 Each of these underlying measures are also represented as a percentage. The OEE total is calculated by multiplying these three percentages together. It's important to understand that low OEE might be a symptom of a large amount of down time, but it could also be a result of too much scrap or even production rates that are considerably below rated standards.

There are several important issues that will need to be decided if you want to put a factory floor system in place that can provide automated OEE measurements. One major issue is, of course, the cost of implementation. Second, is the level of detail or granularity in the underlying data being captured. Third, is the personnel involved both within your own company and potentially from outside software and hardware vendors.

What Will You Need to Produce Automated OEE Metrics?

For purposes of the article, let's consider an automated factory floor OEE system to be a computer based data collection/capture system that pushes machine level performance data into a central data file. It is from this central data file that metrics for each machine and the entire plant can be produced. So let's examine the various systems approaches and their associated costs and consequences. 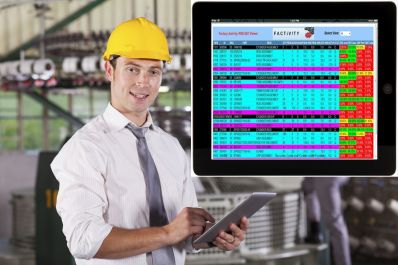 This is the measure of the amount of time the hard assets (machines) are being used as a percentage of the time that there is work for them to produce pieces/parts. For example, if the machine has a full shift's worth of work (eight hours) but for some reason the machine was only available and producing product for only seven of the eight hours, then you have 87.5 percent availability. But availability is only one of the necessary measurements if your goal is to produce Overall Equipment Effectiveness and not just a downtime analysis.

Quality measures require the capture of good pieces produced out of the full production. In other words, total pieces less any scrap. So if 90 out of 100 pieces/parts produced are good, and 10 are scrapped, then 90 percent is the quality measurement. Any rework could affect this calculation but for now let's concentrate on first run measurements of OEE. 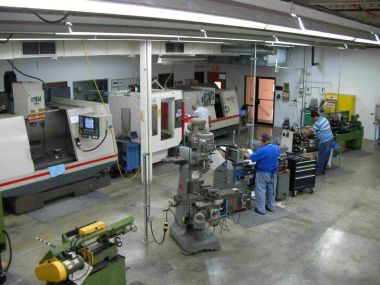 The level of detail in data capture is an important consideration when determining the best fit for your organization and, of course, the most cost effective system to implement. The Availability can be produced for the entire factory, but usually will have to be broken down to individual pieces of equipment. Quality also can be produced at the total factory level, but again, is most useful captured at the asset level which means at each machine included in the OEE analysis. Performance will not only require the specific equipment but also a part association. This part association is required to get the correct rate of production which can vary with each part unless you have highly focused lines that run only one part all the time.

For a basic automated OEE system, the capture of information will be at the machine/line/cell (asset) level and will include the part being run each time the machine starts a new job. Job number is not a requirement, although it can be useful when tying back to the ERP system.

Is There Only One Way to Implement an OEE System?

There are generally two different approaches in implementing an effective OEE system. Both methods will require some operator user interface in order to capture the necessary OEE data.

One approach, is to capture this information via a standard PC network with standard PC stations placed throughout the factory floor. Touch screen PCs can be useful, but are not necessary. The Operator User Interface (UI) should be specifically designed to assist in the collection/capture of OEE data.

Another common implementation, which is a little more costly, is to install "machine interface" equipment such as a PLC or PAC. These devices connect directly to the equipment and are then connected (through wires or wireless) to a central data server. In addition, you will need to have a Human Machine Interface or (HMI) to allow operator interaction with the OEE system. 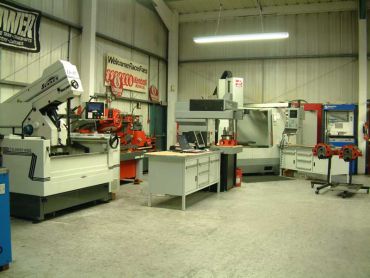 Regardless of whether you choose to implement on PCs only or add in machine monitoring devices, capturing the basic OEE data elements outlined above may not be enough information to satisfy the objectives of the OEE project. If the object is to use the OEE system to improve the production process, then you will need to capture additional information from the operators (beyond downtime, scrap counts and actual rate per job). This additional data is usually very important for process improvement and includes reason codes for down time occurrences and reason codes for scrapped production.

Adding the capture of these data elements is not necessarily more expensive but will require an operator user interface with an easy method to collect these data elements. To allow standardization and control of the reason code, the operator can select from a pre-defined list of codes. This table of information will either have to be built in to the new OEE system, or these codes might already be stored in some files such as on your MES or ERP system. In this case, you would not need to build the data file from scratch, as the OEE system can interface with the ERP system (or comes as part of your MES (Machine Execution Software system.)

Sometimes scrap and downtime reason codes can be captured electronically from automated equipment but in most cases it must be entered by the operator.

Although it is not often mentioned, collecting data about the operator (and possibly the set-up person) is very good information to capture as well. That is, who is running the job when the OEE data is captured? This ensures that when OEE measures eventually highlight opportunities for improvement, the operators involved on the machines are recognized and included in the process improvement activity.