Milacron Fluid Technologies brand Cimcool has launched Cimpulse -- one fluid for all shops and all markets.

Cimpulse 51MP, Cimpulse 45MP and Cimpulse 33MP are new fluids in the Cimcool family. Cimpulse products are multifunctional and designed to allow metalworking shops to utilize one fluid in their entire shop. In most cases, a Cimpulse fluid can be used to consolidate all the different fluids being used within their plant. 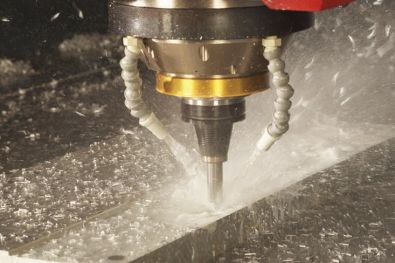 Cimpulse fluids have been formulated for use in both high-pressure systems and standard flood applications. Cimpulse metalworking fluids utilize a hybrid blend of lubricants to deliver superior mix stability and reduced tool wear as well as provide long sump life.

"We are confident that Cimcool's Cimpulse metalworking fluids will change the way metalworking shops think about fluids. Cimpulse is a revolutionary fluid technology unmatched in the market. We believe that a Cimpulse fluid can help all of our customers reduce their inventory and improve their metalworking operations," said Jack Teat, Cimcool Fluid Technology President,

Whether you have a preference for oil or not, you can select a Cimpulse product to suit every application need. In testing, Cimpulse 51MP delivered the following: