Integrated Design & Manufacture (IDM) strives to deliver the highest quality CNC machined parts, on time, and within budget. They found a multi-axis turning center that helped them achieve all three goals.

Located in Somersworth, New Hampshire, Integrated Design and Manufacture (IDM) is a modern high tech CNC machine shop. IDM decided early on to work at the leading edge of technology, to develop the capabilities to engineer, manufacture, and prototype through the use of the latest in state-of-the-art CAD-CAM software, as well as the most modern CNC milling and turning centers.

Integrated Design & Manufacture (IDM) invested in a Eurotech Trofeo machine and within one month revenue had increased 38%.

When IDM researched for multi-axis they realized that a tool changer B-axis mill/turn machine was much too slow for most parts with turning and milling in their size range. They compared the Integrex to Nakamura. The cycle time estimate for Integrex would have taken eight minutes of tool changes and required two machines to get the necessary volume; in comparison the Nakamura could do it on one machine -- a triple turret live tool machine.

"Our first multi-axis turning center purchases were two triple turret Nakamuras. Our volumes continued to increase. We needed to buy more equipment. At this time, we had heard about Eurotech and started to look into their 'Speed Challenge,'" said Charlie King, Owner of IDM. 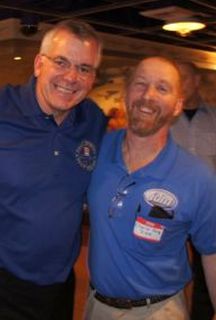 IDM took the Eurotech challenge in which Eurotech engineer, Larry Greenawalt, guaranteed to be 10 percent faster on a two turret Eurotech than on IDM's three turret Nakamuras.

"The Eurotech investment was a little more than the Nakamura but we figured that a 10 percent speed increase would pay for itself quickly, so we invested in the Eurotech Trofeo 710SY2," said King.

"We were shocked! On the identical part, one month's production on the Eurotech gave us 38 percent more revenue."

This jump from 10 percent to 38 percent came from Eurotech's innovative technology that enhanced throughput. Now that they've had the machine for a long time, IDM's owner expects at least 2.5x the cycle time difference in added revenue. "If we are 10 percent faster, we see at least 25 percent more revenue," added King. 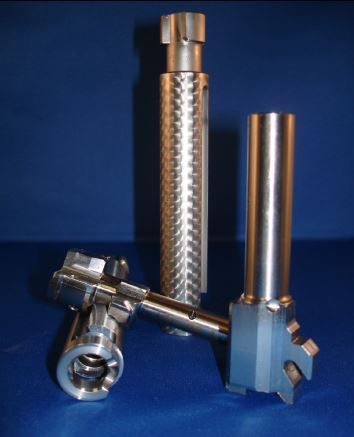 IDM made a list of 10 points that summarized why they were able to increase their revenue by 38 percent:

IDM continued to see an increase in volume and once again needed more machines.

Eurotech's Clearshift feature enables the subspindle to be offset from the main spindle. This eliminates most interference problems between the two turrets.

"I looked at the Doosan dual turret machine," explained King. "For the price, I wanted to love it; wanted to buy it. The initial impression was favorable. The machine looked good. But I ran it against a stopwatch and realized we couldn't go with it due to its speed. I would have saved on the initial cost but would have lost much more in revenue."

IDM has since invested in four more Eurotech multi-axis machines -- the Trofeo and Multipla models.

"We run the Eurotech Trofeo 24 hours per day, obtaining 20-22 hours per day up-time and the rest for tool change, quality and setup. We have put through $500,000 on an annual basis on the one machine. We are at 70 percent lights out, completing parts in one operation with the right accuracy and can offer our customers low prices," concluded King.