Job shops face an unending search to reduce cycle and setup times. This is especially true for shops that perform a lot of just in time (JIT) manufacturing since there are typically more setups and smaller batch sizes. Big Kaiser's product manager, Matt Tegelman, writes about one shop that took its search on the road.

A&L Machine, a shop that serves primarily the energy sector and its often on-demand needs, is always on the lookout for ways to expedite critical processes. For Allen Dvoracek, A&L Machine president, this occasionally means travelling to suppliers for a firsthand look at how their products work. 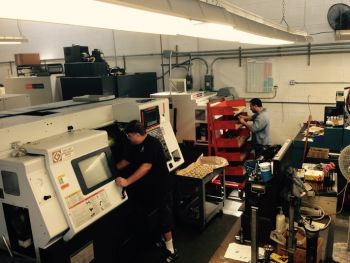 A&L Machine switched to Big Kaiser's boring head and save 22 seconds per part.

One such trip took Dvoracek to Europe to visit a machine tool builder. But, it was a side trip to Switzerland that proved most fruitful. Dvoracek swung through Rümlang, Switzerland, and KAISER Precision Tooling's headquarters in search of insight into how Swiss toolmakers are addressing high-cost JIT production.

While on the tour, Dvoracek saw a demonstration of SW Twin Cutter heads, but the KAISER representative made a point to show that this body could facilitate much more than just common boring jobs. He demonstrated face grooving, balanced- and stepped-boring, and even compatibility with insert holders for back boring and chamfering. That got Dvoracek thinking about a challenging feature that A&L is often called on to produce that requires two different types of tools, and makes for long, complex cycles. 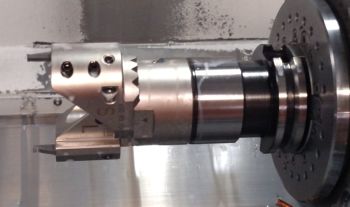 When he returned home, Dvoracek reached out to BIG KAISER, the exclusive dealer of KAISER tooling, and explained what he saw on his trip. When Gerard Vacio, BIG KAISER's regional sales and support engineer, visited A&L, Dvoracek showed him how they were using the combination of a small-diameter, long-projection end mill and a grooving tool for the job. The end mill machined an OD boss and the inside wall of a face groove at the bottom of the boss. The grooving tool then cut the remaining face groove geometry. Dvoracek explained to Vacio that in addition to the time involved with resetting depth offsets to blend the end mill and grooving tool, the end mill was prone to breakage.

Vacio agreed with Dvoracek's initial instinct, that the SW Twin Cutter could improve the process. He also explained that the head's versatility, whether running as a dedicated tool or only as needed for one of its varying capabilities, fit right in with the JIT work typical at A&L. 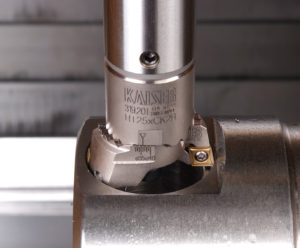 Confident it was a match, Vacio offered a no-risk trial of the boring head and Dvoracek agreed. He took the print specifications to the BIG KAISER engineering team and was able to quickly turnaround a ready-to-run solution. The head was configured with two insert holders. The inside grooving tool would machine the boss. Once the face of the part was reached, the outside grooving tool finished the outside of the groove.

"The results were immediate and undeniable, settling in at application metrics of 590sf and .002ipr," Dvoracek said. "We're getting better parts off the machine sooner, allowing us to get to the next job ahead of schedule. Reducing the cycle time by 22 seconds per part will save approximately 40 machine hours a year on this job alone. That's 40 extra hours of machine utilization that we didn't have because of a fairly simple tooling solution." 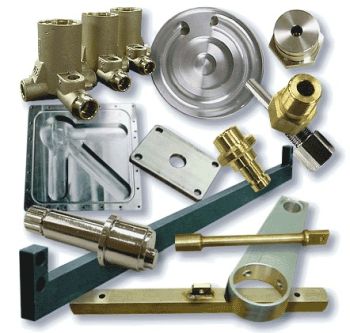 As Vacio had forecasted to Dvoracek, when subsequent batches of the part arrived for finishing, the print didn't call for face grooving. It wasn't a problem. The outside grooving insert was simply re-positioned to face the OD boss and reset to the boss diameter for rotationally symmetric rouging (RSS). Two inserts performing the same cut doubled the feed rate, reducing production costs in additional ways.

"This tooling has proven much more durable and efficient than the original end mill setup," Dvoracek added. "We've run more than 10,000 parts and have never had to change an insert. And we've only changed the offset once, and that was only because we originally set it on the high side of the limit and decided to put it on the low side."