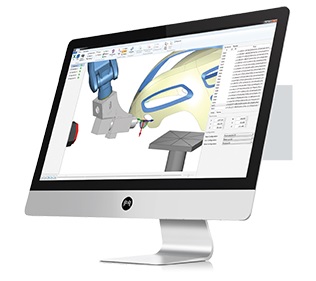 Since Robotmaster V7 uses integrated CAD/CAM functionality, for the first time, the power of Robotmaster can be used by welding, cutting and other process experts without buying or learning complex CAD/CAM software.

As in past versions, Robotmaster V7 imports paths, but now makes it even easier for end users to leverage any CAD/CAM tool choice. It is an intuitive tool that anyone could use, with or without robotics expertise. It bridges the gap between robots and manufacturing by providing easy programming solutions for part manufacturing.

"Robotics and CAD/CAM expertise are not a prerequisite to create error-free robot programs with Robotmaster V7 since it is a task-based robot programming platform built around the user, for the user," said Chahe Bakmazjian, head of strategy, robotic software. "Robotmaster V7 also has unmatched flexibility and configurability and transfers the job to another robot brand or workcell, without task reprogramming. This is an industry first." 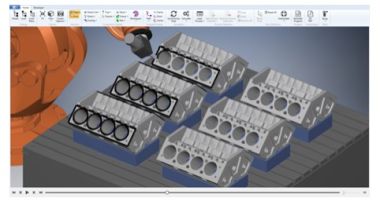 The new Robotmaster V7 software release targets automatic integrated welding and contour programming including trimming, cutting, dispensing and deburring, as well as drilling and fastening. It navigates complex part geometries and optimizes robot paths while synchronizing movements and preventing collisions between one or more robots, parts and tooling.

It can be used for offline robotic programming in a variety of industries including aerospace, automotive, consumer electronics, power generation/energy and welding. Subsequent modules will enable additional tasks, including surfacing, 3D milling, additive manufacturing and inspection. The current version of Robotmaster offers support for these applications. However, once V7 support is available for these applications, they will be more automated and easier to use. 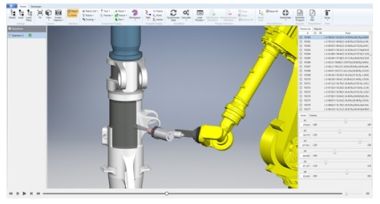 "The Robotmaster team saw the trend for multi-robot cells, with robots performing a combination of processes, including material removal, welding and polishing," said Bakmazjian. "Our prior software supported one robot for one task. Our next generation would need to support any number of anything -- more than one robot, more than one tooling and process, in multiple types of settings, and with any number of tasks. This new framework allows our users to exploit the full capabilities of a multi-robot workcell with easy-to-use, advanced task sharing tools."